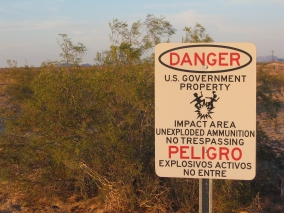 On our way home from , heading north on Hwy. 95, we passed the Yuma Proving Ground. Since 1943 when General George Patton trained his soldiers there, the Yuma Proving Ground has played a significant role in testing weapon systems and training troops for battle. There is a Heritage Center Museum on the grounds although it was closed by the time we got there around sunset. 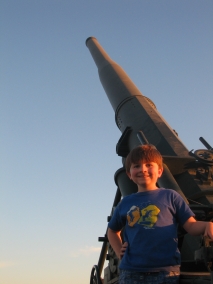 But we did stop for a photo op by the big gun at the main entrance, and you can drive a little ways in to see an outdoor interpretive area with historic military vehicles and weapons systems. 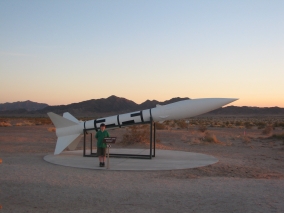 They have a great collection of tanks (“tanks a lot” – ha!), at least one of which saw battle and has the bullet holes to prove it. (More like dents and dings in the thick metal.) 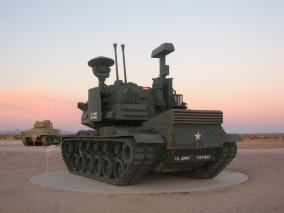 This is a must-see exhibit if you have boys – plus it’s free and it’s always open even when the museum is not. At the time we were there, it looked like they were in the process of grading an adjacent area, perhaps to add another addition to the exhibit.

Posted under Uncategorized and tagged with military, Museum, Yuma
Comments (0)