U.S. Highway 66 (aka “The Mother Road” and “Main Street USA”), established in 1926, covers a distance of 2,300 miles from Chicago to Los Angeles. During the Great Depression in the 1930’s, thousands of families emigrated from the Dust Bowl to fertile lands of California by way of this road, most of which was unpaved at that time. Paving was completed by 1937.

After World War II, Route 66 became the scene for glamour and adventure, enticing many to travel and experience the life of the open road. In the 1950’s, Route 66 became popular with families taking cross-country trips and vacations to the scenic Southwest. The popularity of automobile travel coincided with the rapid expansion of independently owned roadside motels, trailer courts, gas stations, souvenir/curio shops, and drive-in restaurants.

Route 66 and its attendant structures pretty much fell by the wayside with the advent of Interstate 40, when high-speed travelers became more interested in making good time than in having a good time. The last active piece of Route 66 near Williams, AZ was decommissioned in 1986. Today, Route 66 attracts nostalgic visitors seeking to recapture that old spirit of adventure and fun while enjoying Arizona’s classic scenic beauty.

The longest remaining continuous stretch of the original Route 66 is located right here in Arizona, running from Topock to Ash Fork. On this trip we had already traveled the portion from Topock to Oatman and Gold Road. From there we continued on through Kingman, Hackberry, Valentine, Truxton, Peach Springs, Seligman, and Ash Fork. It was a really nice drive off the beaten path, one of the most enjoyable routes we’ve ever taken. Once we left Kingman it was like we had the whole road to ourselves, so it was the perfect place for our 16-year-old student driver to obtain miles of experience – no mountains on this part, either, just rolling hills and sweeping vistas across far-reaching plains. 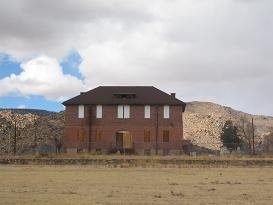 Things to See Along the Way:

http://www.route66giftshop.com/main.html – Angel Delgadillo and his brothers and sisters grew up watching the traffic flow by on ‘s the folks from the Dust Bowl Era driving by in their automobiles full of everything they owned. It was an amazing caravan of poor folks heading west, seeking opportunities to better their lives. 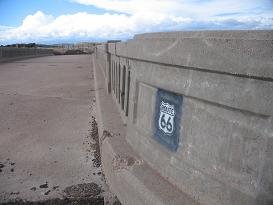